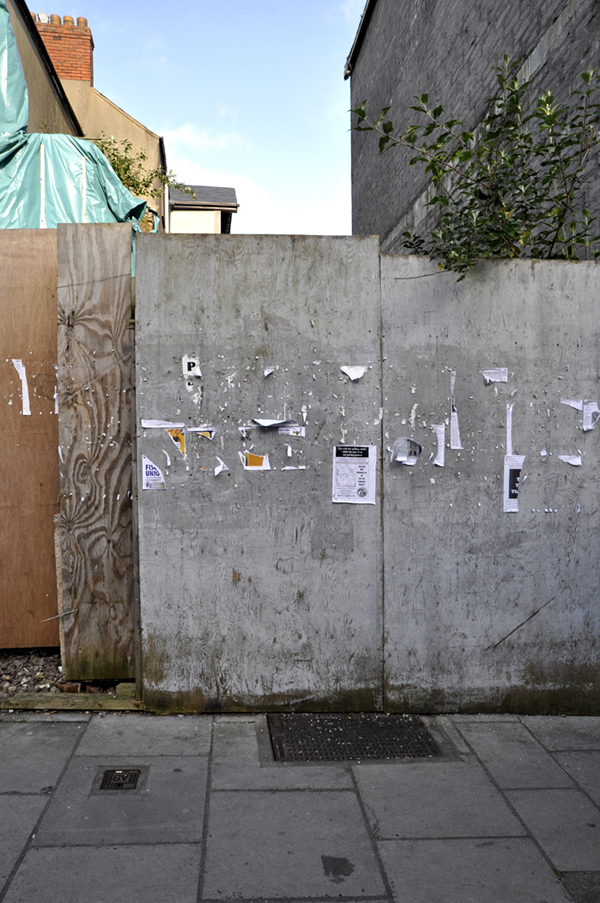 While in residency in Cork, in Ireland, this specific location caught my attention. This wall was used by locals for displaying political posters and flyers. These bills were systematically removed, leaving visible traces, small pieces of paper and staples. This bit of public space is interesting as it represents a territory of interaction, of conflict.

Using images of the wall, I design a series of posters. I then applied these onto the wall itself. A few days later the posters were eventually removed, as well as all the previous ones and this process could eventually continue in an infinite loop. 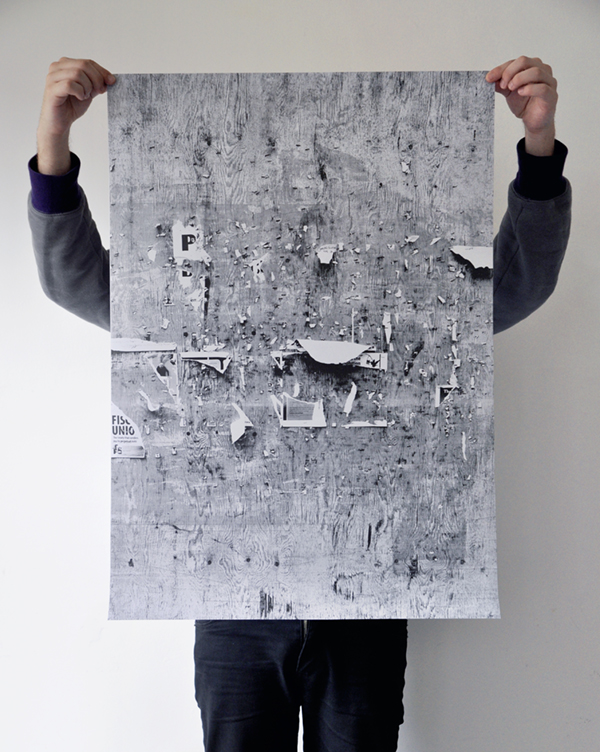 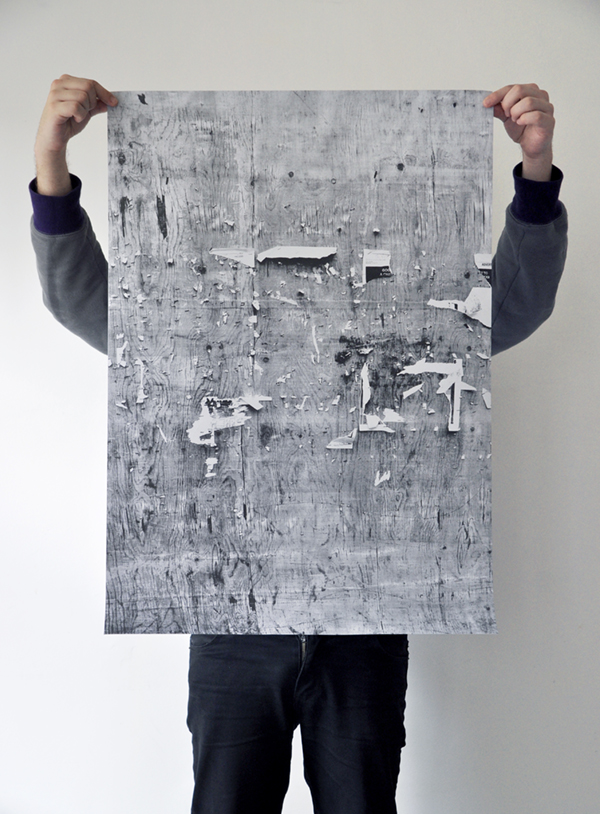 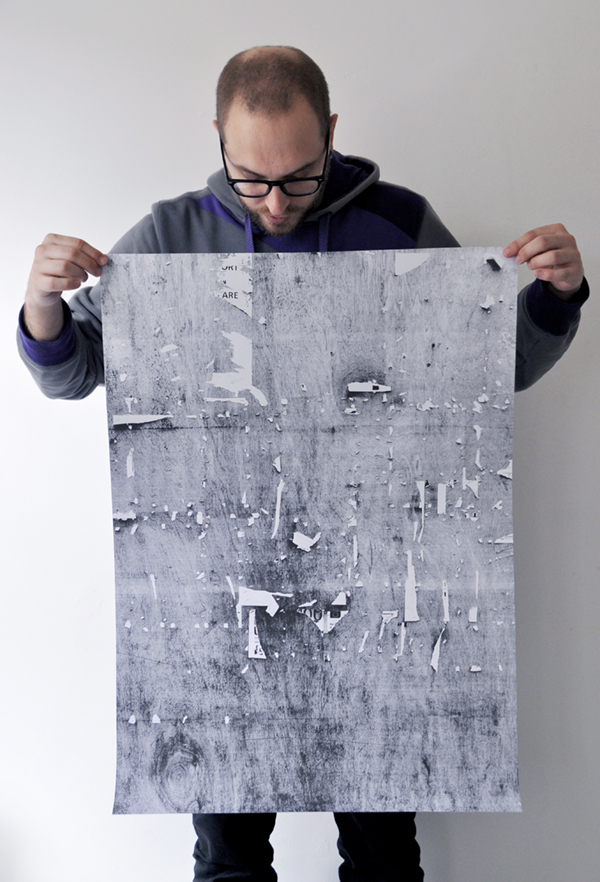 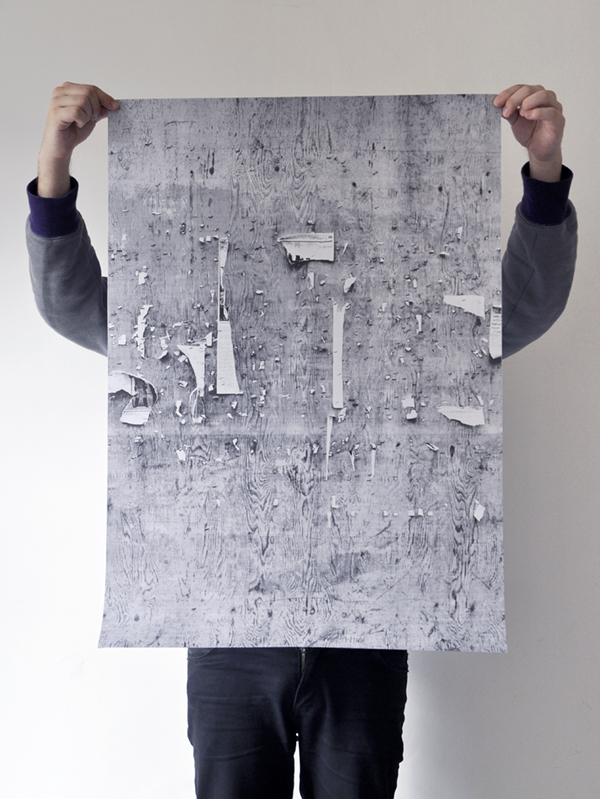 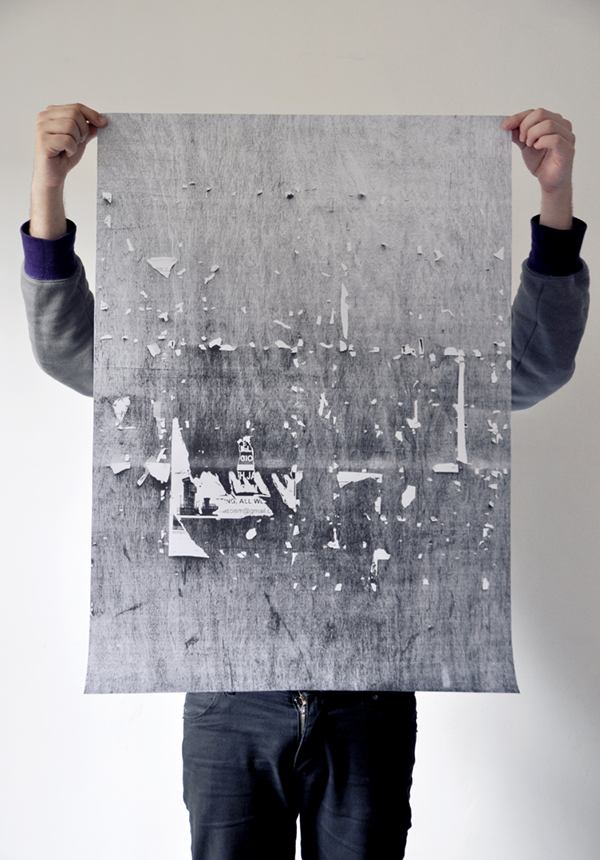 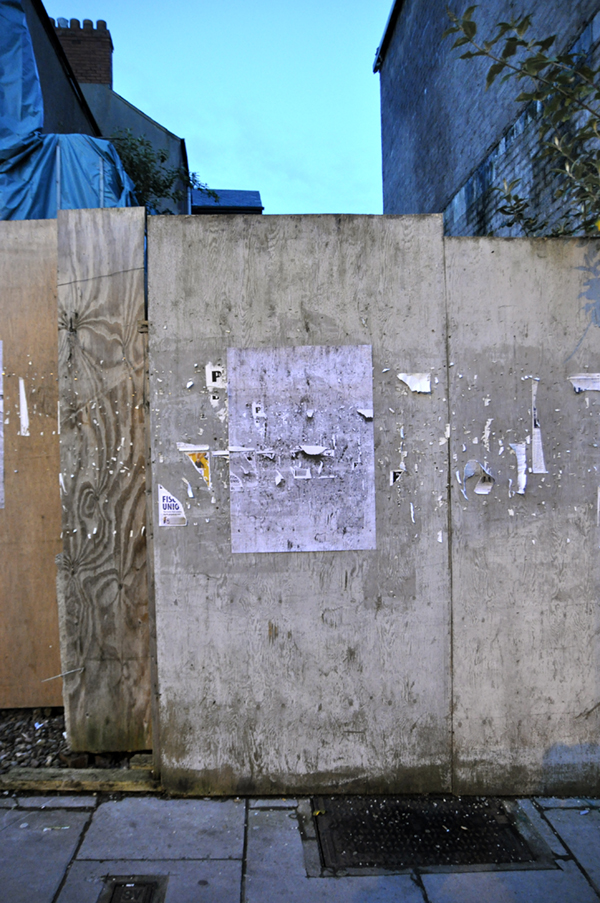 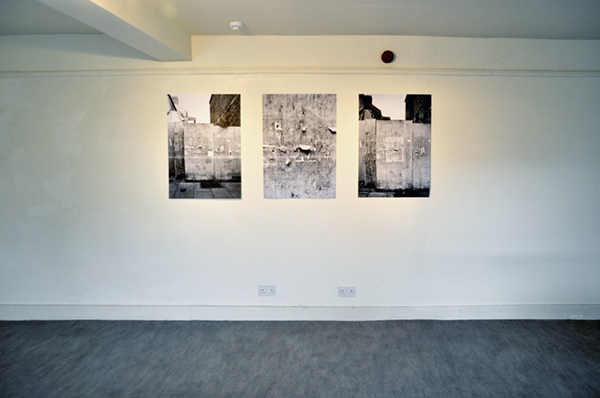 Removed Posters was realized and exhibited during a short Residency at The Guesthouse, in Cork, Ireland. 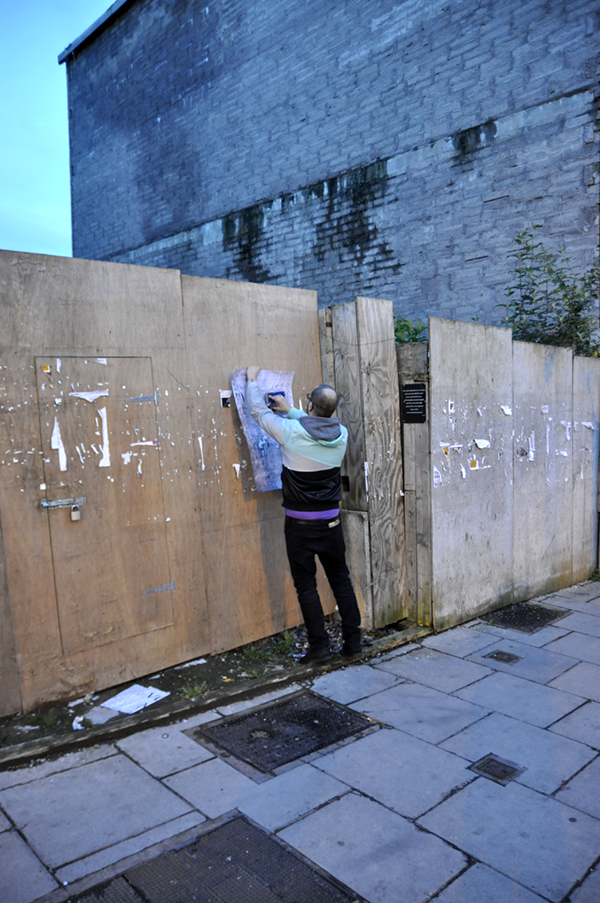