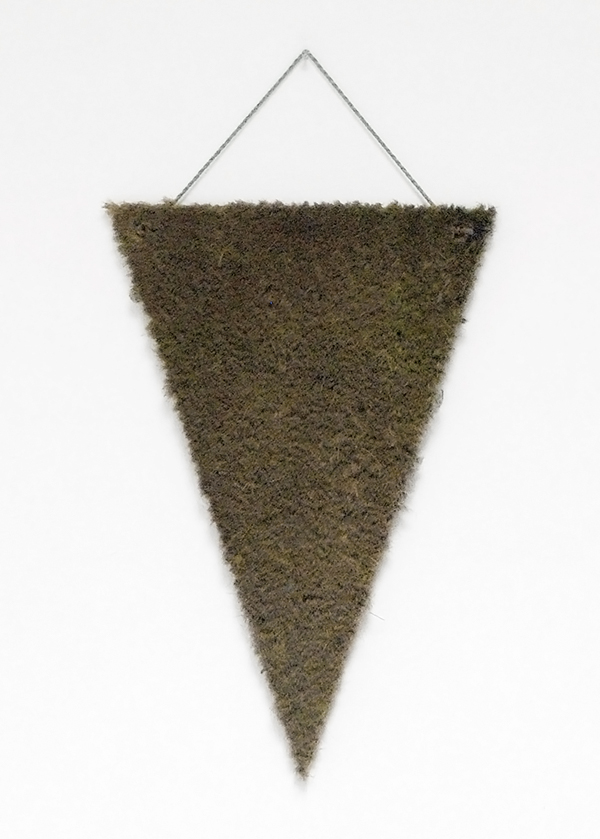 A doormat may be seen as a metaphore for unity. Simply by laying there in the entrance, it brings together the presence of all those who have walked on it once and since then have spread all over the world. 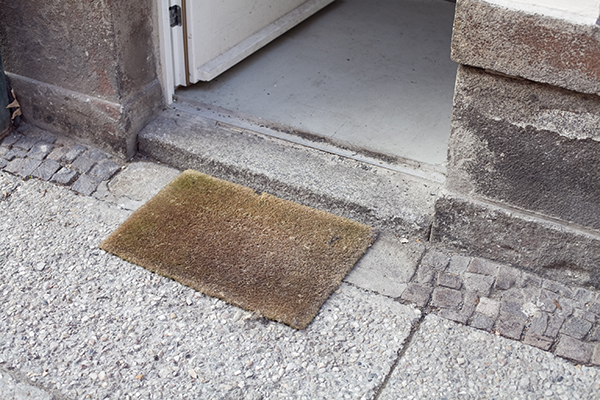 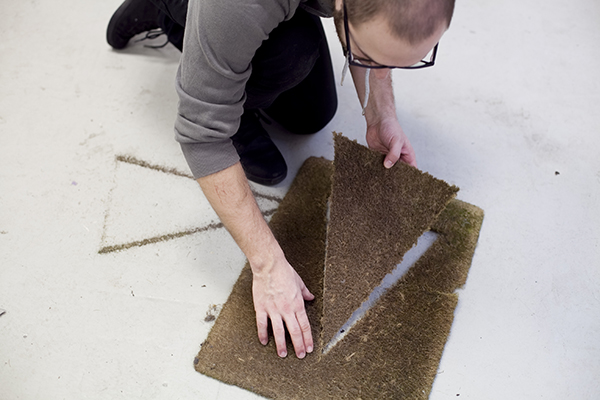 This intervention at Residency Blumen, in Leipzig, leaves the outer part of the object still serving its role as doormat, at the entrance of the gallery, whilst the cutout shape gains an upheaval, hanging on the wall as a pennon, a trophy, a commemorative monument. 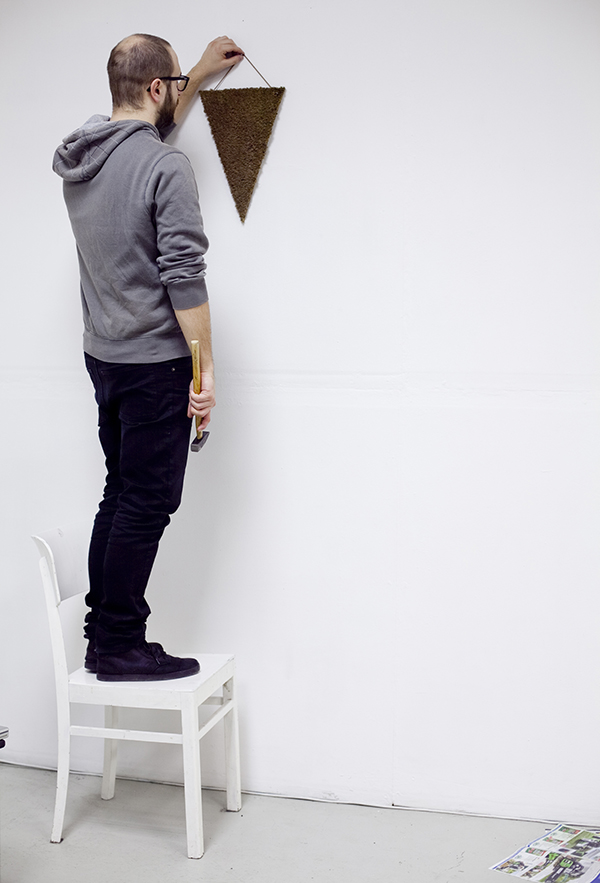 As a response to this intervention, my friend Clemente Capasso collected a triangular piece of soil, while walking in the street. 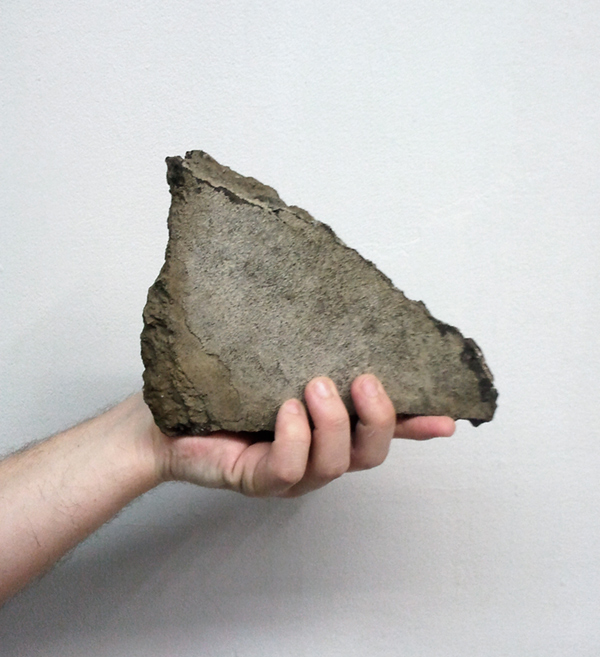 Exhibited during the exhibition NEW WORKS, in Leipzig, Germany. For this project I was inspired by contemporary philosopher Paolo Virno. According to Virno: “… Unity is no longer something towards which things converge… ; rather, it is taken for granted, as a background or a necessary precondition. … we must conceive of a One which, far from being something conclusive, might be thought of as the base which authorizes differentiation … “