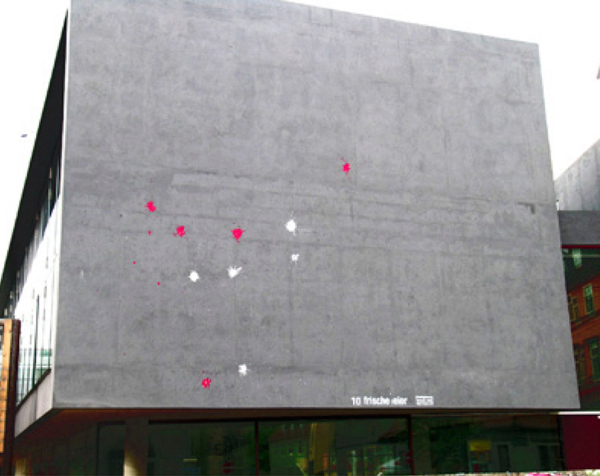 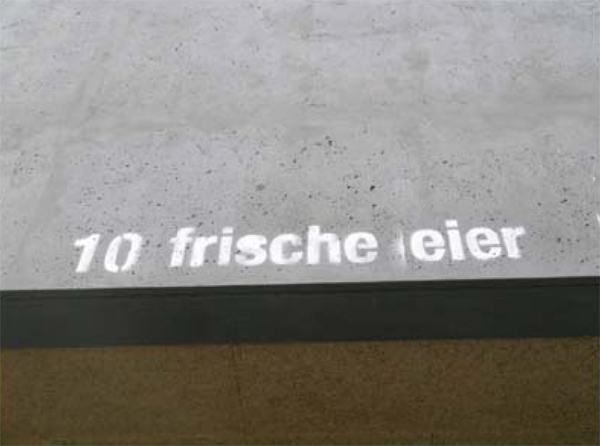 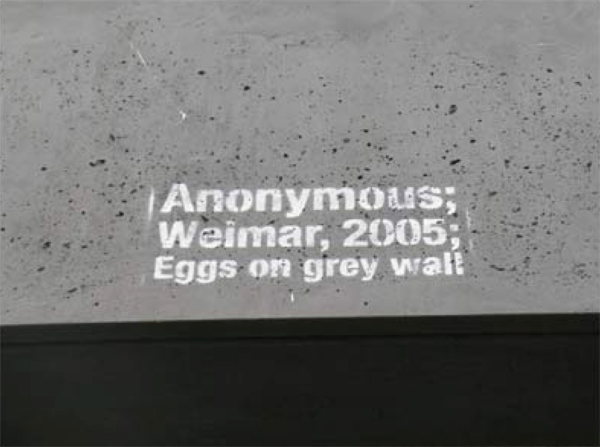 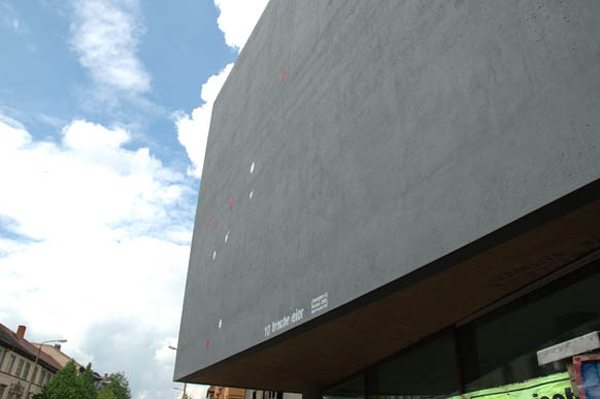 Intervention in the Public Space
2005

Weimar, Germany. 10 eggs filled with paint and thrown against the wall of the brand new library building at the Bauhaus Univeristy. After smashing the eggs on the wall, I displayed a sprayed stencil which works as a plaque to explain the piece: “10 Fresh Eggs – Anonymous, Weimar, 2005, Eggs on Grey Wall”. This illegal intervention became quickly very popular and opened up a discussion about public space. The piece was published on several blogs and discussed on radio programs. The architects who designed the building decided to clean the facade, though an academic commission from the University decided to transform the wall into an “open space” where designers and artists are asked to submit ideas, eventually to be reproduced onto the wall in large scale.

Read the article on Woostercollective. 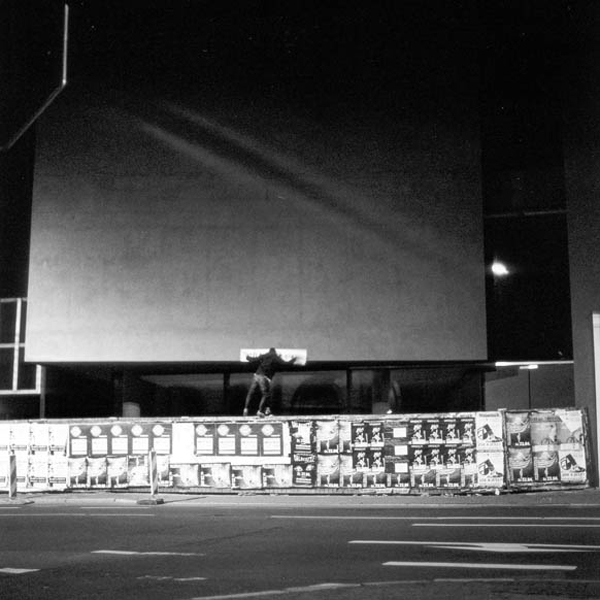 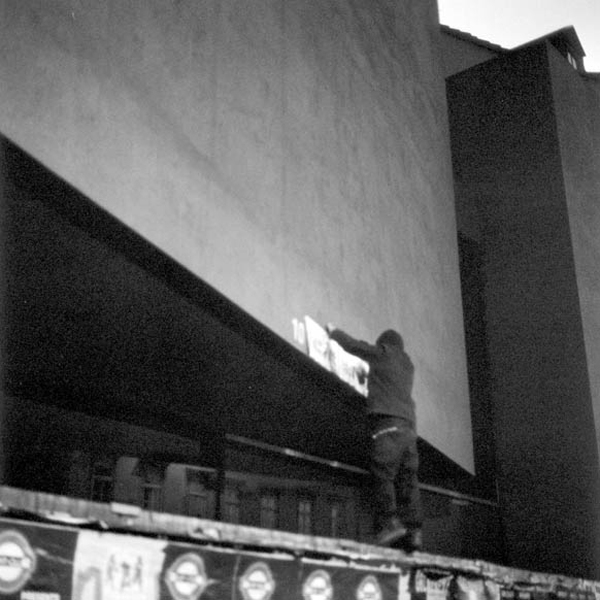 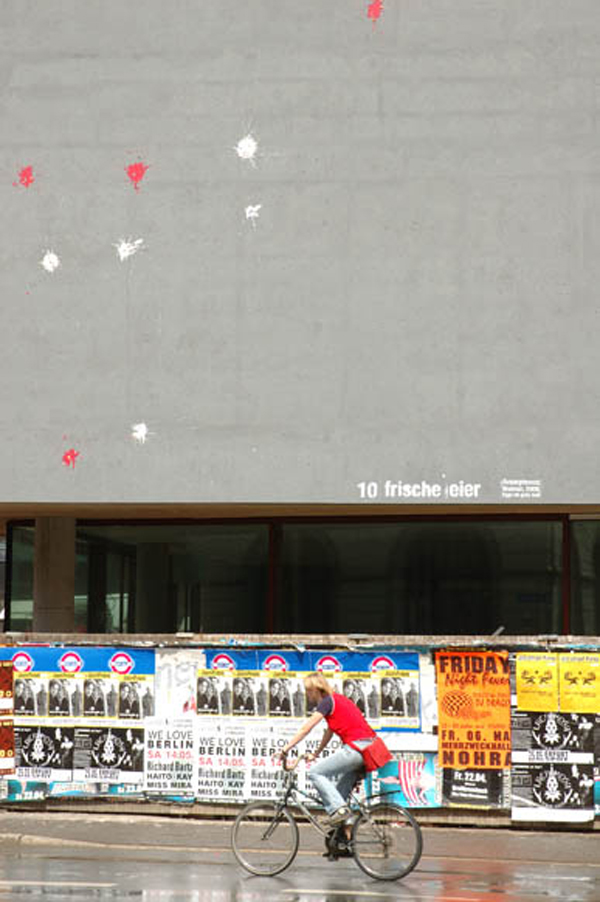 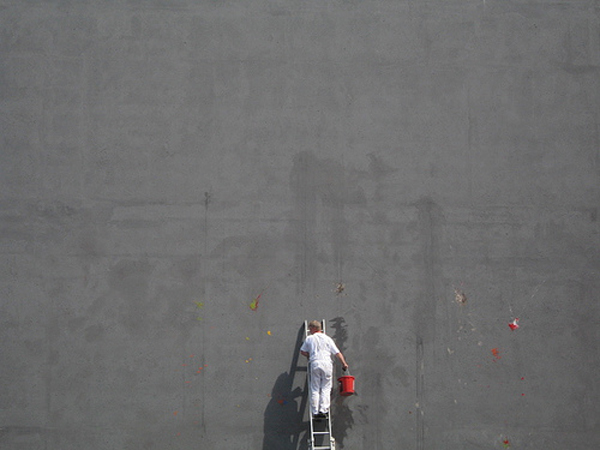 This photo was taken during the cleaning of the building by my friend Giulia Materia.