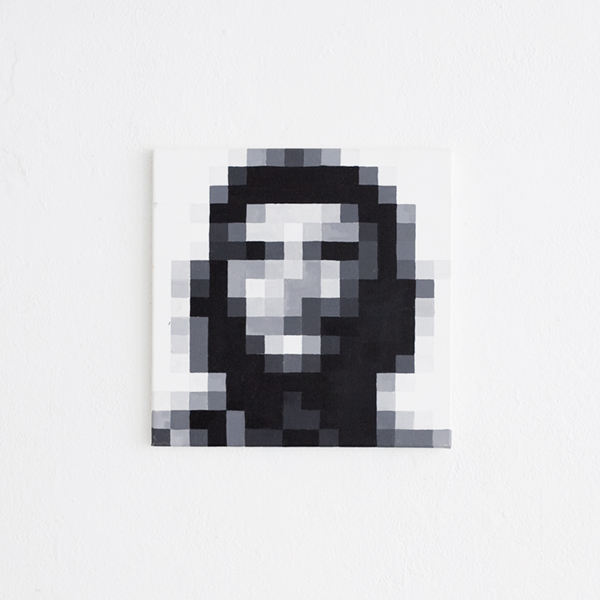 Painting (Acrylic on canvas, 40X40cm)
Intervention in the Public Space
2010

The Icon Project is an ongoing project were I play with the meaning of the word “Icon”. When referred to computers and the internet, an icon is a little image made of 16X16 pixels, while in culture, an icon is a character which is relevant for a specific reason. 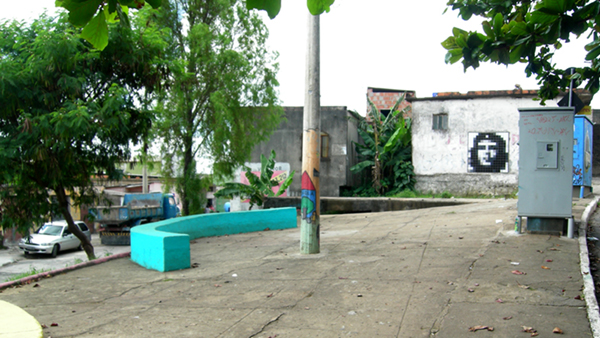 The aim in this project is to realize a series of these icons as interventions in the public space. This mosaic, where each tile stands for one pixel, was realized precisely on Ernesto Guevara square, in Belo Horizonte, Brazil. 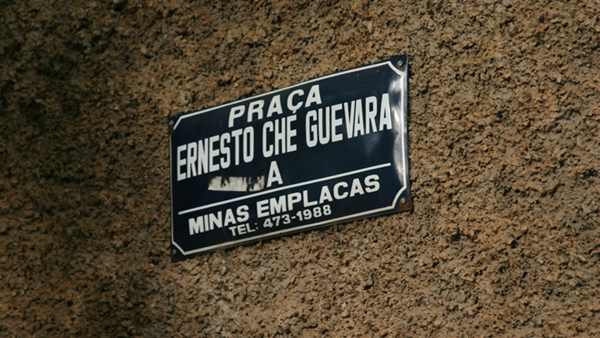 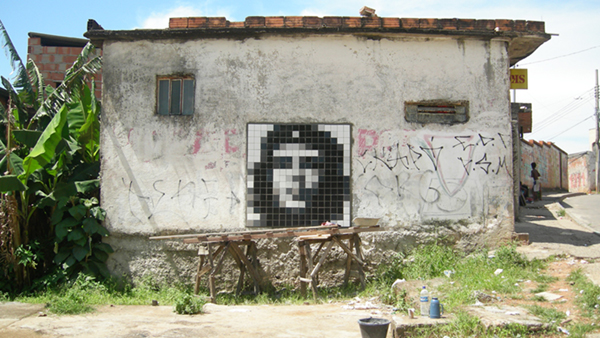 In collaboration with Ricardo Portilho.